What has Owl been eating!?

We had lovely day at Corehead with the Junior rangers on Saturday,

First we headed to Stotfield Gill, to remove some of the young larch which had seeded from the shelter belt into the recently replanted native woodland. 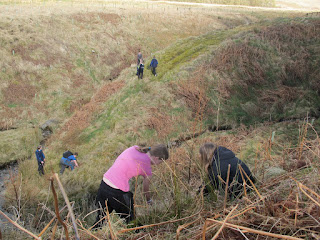 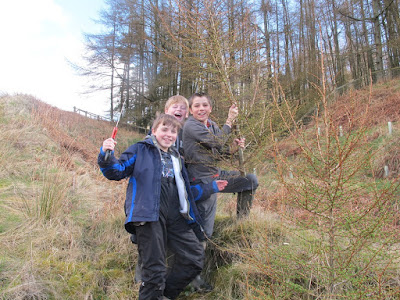 During a break, some Junior rangers played in the stream, others made reed boats to race in it! 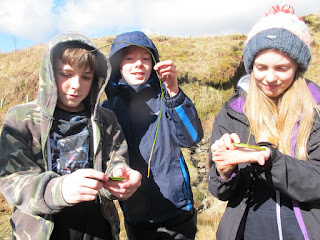 Then it was back to the barn to have a go at dissecting owl pellets! There is a Tawny owl at Corehead so we thought it would be interesting to see what they have been eating!

Pellets are formed from all of the parts of an owls prey which it can't eat, such as feathers fur and bone. The owl simply regurgitates it in the form of a sausage shaped pellet! We soaked the pellets we found to make them easier to tease apart and find the bones.

We then used a really good identification key from RSPB which can be found here , to work out which creature these bones once belonged to! 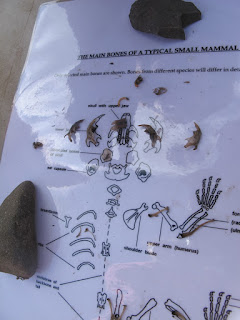 Turns out our owl has been eating mostly field voles, which you can tell apart from other voles and mice by the shape of the teeth.


The most interesting bones were stuck to card and labelled for future reference! 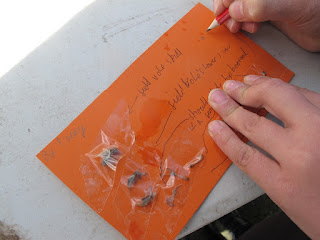 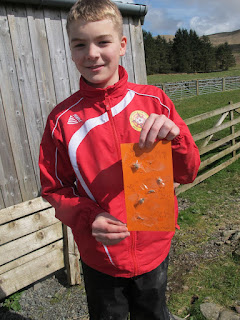 Some Junior Rangers even tried to put the skeleton back together!

A really good session thanks to all involved.


Posted by borders forest trust at 06:27