The seasons are shifting: Fungi at Corehead

The seasons are shifting and the fungi are out in beautiful displays at Corehead Farm.

As you wander up to the beech tree, the giant polypore (Miripulis giganteus) is still fruiting at its cut off roots, living off the now deadwood underground. 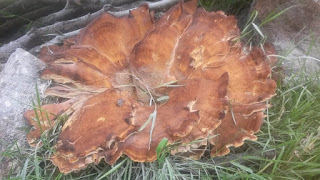 Bachelors buttons (Bulgaria inquinans)  or 'Fairy trampolines' as I prefer to say, is on its trunk, tempting round disks which would be so fun to jump on if you were wee!

Porcelain fungus (Oudemansiella mucida) which will soon expand into a beautiful white translucent cap which the sun lights up, and dew drops glisten,  currently sprouts small and inconspicuous out of the main trunk and also the smaller logs and branches.

Over the years countless fungi will come and go on this fallen beech as they slowly return it to the soil. 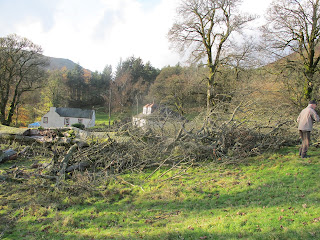 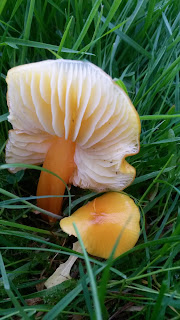 Over in the grasslands, there are some areas where the 'gems' of the grasslands fruit. Waxcaps in golden yellow, scarlet red, parrot green, orange and white are beginning their spore laden display. 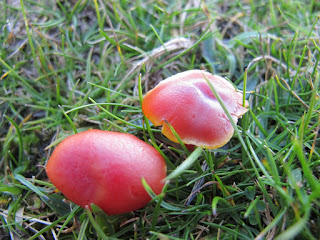 Part of a suite of fungi (which includes earth tongues, coral fungi, pink gills and crazed caps) waxcaps are indicators of old unimproved grassland which hasn't been ploughed, overly fertilised or heavily compacted. Its great to see a variety on the grassy knolls at Corehead.

Hidden under the bracken which we bashed around the young trees last week, some of the ectomycorrhizal or 'partner' fungi have already established themselves, swapping nutrients for sugar with the trees and helping them to grow. 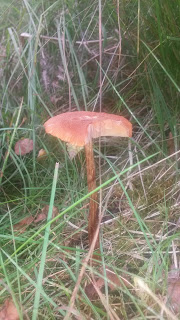 Its all happening underground

Time to get out and see those Autumn displays!!


Posted by borders forest trust at 03:33 No comments: